Robert Murray and EpiGen colleagues presented a poster at Physiology 2019, held in Aberdeen in July.

Robert says, “We have been investigating maternal influences on DNA methylation in the ANRIL promoter. Methylation of this differentially methylated region has previously been linked to later childhood adiposity levels. 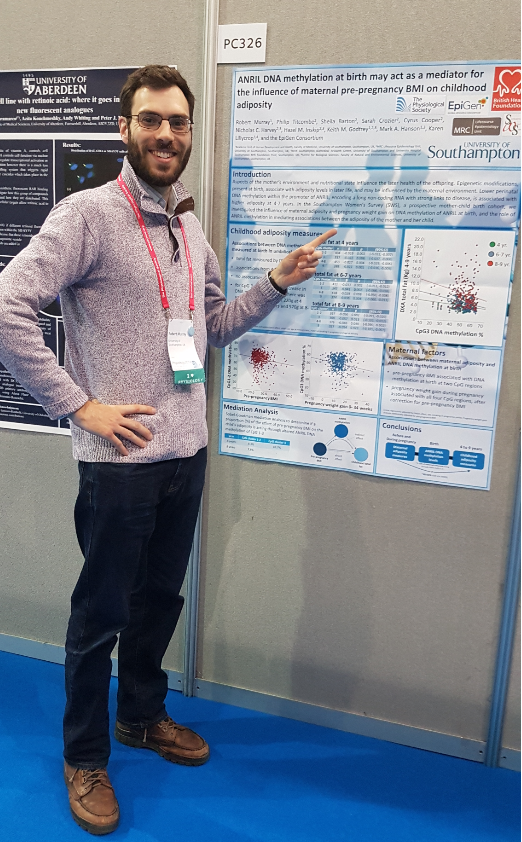