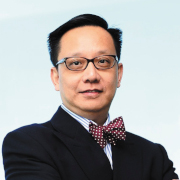 Professor Chong Yap Seng is a clinician-investigator with special interest in fetal growth and early development. He is the Executive Director of the Singapore Institute for Clinical Sciences, Agency for Science, Technology and Research (A*STAR) and a Professor in the Department of Obstetrics & Gynaecology, Yong Loo Lin School of Medicine, National University of Singapore (NUS). He is also the Lead Principal Investigator of the National Research Foundation Translational and Clinical Research Flagship Programme on Developmental Origins of Health & Disease, and the founding Director of the A*STAR-NUS Singapore Centre for Nutritional Sciences, Metabolic Diseases, and Human Development. His other research interests include strategies to promote breastfeeding, the genetic epidemiology of pregnancy-related disorders, and intrapartum and postpartum management issues. He has over 150 peer-reviewed publications, including papers in The Lancet, JAMA, and BMJ and received more than $100 million in research grant funding. He also has numerous collaborations with industry, particularly in the area of early human development and nutrition. In his administrative role, Yap Seng is the Dean of NUS Medicine in which he leads the school on the strategic recruitment of top faculty, development of research collaborations within the university and its external partners, as well as the promotion of academic medicine. He also led the Medical Education Unit from 2004 to 2014 and his contributions to medical education have been recognised by university and national awards. He was invited in June 2011 by the Editor-in-Chief of the Nature Publishing Group to chair the Medical Science Domain of the Scientific Advisory Panel for the Nature Publishing Index. He has also been invited to be one of a select panel of international judges for the 2012 Google Science Fair. Yap Seng is a Senior Consultant in the Department of Obstetrics & Gynaecology, National University Hospital (NUH). As the Consultant in charge of the Delivery Suite in NUH from 2001 to 2014, Yap Seng balances interests in high-risk obstetrics with natural childbirth and breastfeeding advocacy.