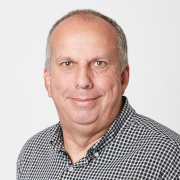 Mark Vickers is based at the Liggins Institute at the University of Auckland. Dr Vickers’ research focus is on the effect of alterations in early life nutrition on the later health and wellbeing of off spring with a particular focus on the development of obesity and the metabolic syndrome. Dr Vickers has established a number of preclinical models utilising the paradigm of altered early-life nutrition (including both under- and over-nutrition) to examine the mechanistic basis of programming during critical periods of developmental plasticity. Dr Vickers also investigates the potential for reversibility of developmental programming via both nutritional and pharmacologic interventions and was one of the first to show that developmental programming was potentially reversible with interventions in the early life period. Professor Vickers original work on developmental programming was named the most cited paper of the decade in the American Journal of Physiology: Endocrinology and Metabolism for 2001-11. He has published over 130 peer-reviewed papers and 16 book chapters in the field of early life origins of adult disease and is on the Editorial Board of a number of journals in this area.