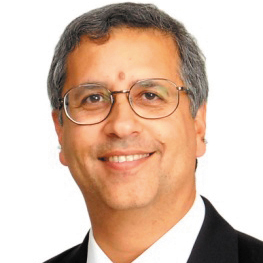 Cyrus Cooper is Professor of Rheumatology and Director of the MRC Lifecourse Epidemiology Unit; Vice-Dean of the Faculty of Medicine at the University of Southampton; and Professor of Epidemiology at the Nuffield Department of Orthopaedics, Rheumatology and Musculoskeletal Sciences, University of Oxford. He leads an internationally competitive programme of research into the epidemiology of musculoskeletal disorders, most notably osteoporosis. He is President of the International Osteoporosis Foundation; Chair of the Arthritis Research UK Clinical Studies Initiative; Chair of the BHF Project Grants Committee; an emeritus NIHR Senior Investigator; and Associate Editor of Osteoporosis International. He has previously served as Chairman of the Committee of Scientific Advisors, International Osteoporosis Foundation; Chairman, MRC Population Health Sciences Research Network; Chairman of the National Osteoporosis Society of Great Britain; past-President of the Bone Research Society of Great Britain; and has worked on numerous Department of Health, European Community and World Health Organisation committees and working groups. He has published extensively (>850 research papers) on osteoporosis and rheumatic disorders and pioneered clinical studies on the developmental origins of peak bone mass. In 2015, he was awarded an OBE for services to medical research; in 2016 he was appointed as Deputy Lieutenant of Hampshire; and in 2017 a Non-Executive Director of University Hospitals NHS Trust Southampton.