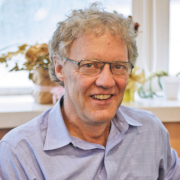 Professor Meaney is the Scientific Director of the Ludmer Centre for Neuroinformatics and Mental Health and James McGill Professor Medicine at McGill University, and the Director of the Integrative Neuroscience Program and Adjunct Senior Investigator at the Singapore Institute for Clinical Sciences (A*STAR). Professor Meaney was educated at Loyola College of Montreal and received his PhD from Concordia University (Montreal) with post-doctoral training at The Rockefeller University in New York. He was named a “Most Highly Cited Scientist” in the area of neuroscience by the Institute for Scientific Information in 2007 and was also elected to the Royal Society of Canada (RSC) and named a Knight of the National Order of Quebec. He received the Order of Canada in 2012. Professor Meaney has also been awarded the Salomon Medal from the New York Academy of Medicine, the Transatlantic Price from the British Endocrine Society, a Distinguished Research Contribution from the American Psychological Association, the IPSEN Prize in Synaptic Plasticity from Federation of European Neuroscience Societies and a Presidential Scholar award from the University of California, San Francisco.